What Will 15 Minutes Be Worth?

Last night, while attending trivia at the local bar with my girlfriend, one of the questions was asked “Who was quoted by saying 'in the future everyone will get 15 minutes of fame'?” Sadly we answered incorrectly, although both of us knew the answer was of course Andy Warhol. (Sometimes I wonder why we even go to trivia when we can barely answer the layup questions). Anyway, Warhol's famous quotation made me think back to a week earlier when I ventured up to the northwest corner of New Jersey to a quaint little town of Knowlton to visit my girlfriend Kait's family. The cause for this trip was her grandfather, Neil (I still feel comfortable calling him Mr. Gallagher though), was turning 90 years old. Most of the family was in attendance to celebrate such a joyful occasion with this incredibly witty, charming, and knowledgeable man. 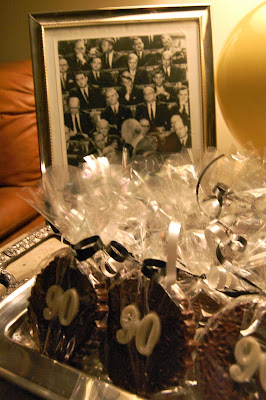 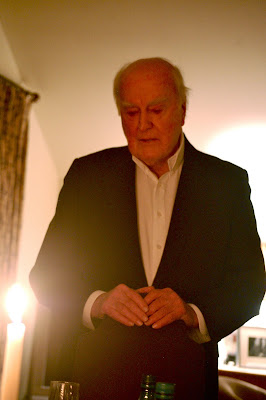 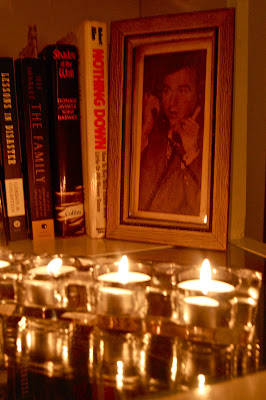 Prior to the party, I had the chance of meeting Mr. Gallagher a few times on different occasions, but most of what I know about him is through the rest of the family talking about him. And what I gathered from each and every member of the family was that the amount of respect and love that Mr. Gallagher has for his entire family is matched from his entire family. That only is truly inconceivable to me. If there was ever a person that is the foundation and groundwork of a family, he would be the epitome of it. Stories begin with him, passions form because of him, and knowledge stems from him. As any grandparent should be, Mr. Gallagher is the guiding light in this large family and he handles the role with almost a royal dignity.

As a fairly new addition to the Gallagher/Maillet family traditions and events, I enjoy just being a fly on the wall and listening to their stories. I especially enjoy when most anecdotes refer back to Mr. Gallagher. The reason being is that I rarely have had the chance to sit down and speak with him and get to know him a little more since I've been out of the country for a few years. All of the grand stories and things that this man has done in his life sound incredible, but it was not until I stepped into his home that this near legendary figure actually became humanized in my eyes.

Upon walking up to his second floor portion of the home, you can see an incredible juxtaposition of colors. Beautifully vibrant pieces of artwork of a lone soldier or abstract work with rich tones and brush strokes sit on the left wall, while to the right is an old bookshelf with stacks of novels and textbooks stuck behind a handful of very aged black and white photographs. It was an interesting contrast of art and history, color and black-and-white, new and old.

Going further into the house, there is a hall of fame. When I use the phrase “hall of fame” I do not mean to describe it by the cheapened version that most use it as, but rather to truly proclaim it a hall of incredible notoriety. Some may hang up high school trophies or momentous photographs of their childhood studded to the stucco, but this hall is truly of fame. Close to 30, all black and white photographs are well placed along the wall leading into the dining room and when examining more thoroughly, the feeling that you are walking through someone's 15 minutes becomes reality. 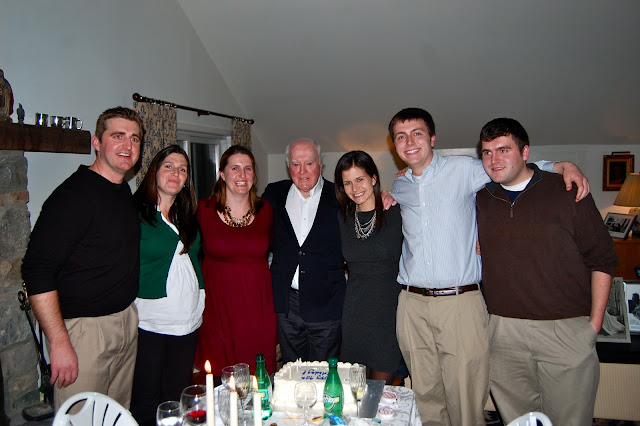 Photographs of Mr. Gallagher as Congressman with Presidents Kennedy and Johnson, with Frank Sinatra and famed Prime Ministers from across the world almost look fake, as if Photoshopped into the image. Every photograph had practically a novel's worth of a story behind them, and Mr. Gallagher himself could tell you each story right off the top of his head. And he did. He saw me looking in awe of these remarkable photographs just after our dinner, desserts, and speeches from his daughters and friends and decided to literally walk me down each minute of all fifteen of his that showed on the wall. It was truly incredible. Stories about families throwing events for him as he fought for civil rights down south and trips abroad to third-world countries to bring aid and kick start the Peace Corps would sound almost surreal if it were not in support of the photographs to back it up. It was a walk through time with someone that made a difference.

Following everyone's kind words and birthday wishes to him, Mr. Gallagher spoke to all of us in the room with great poise-- like a congressman would-- by thanking everyone in attendance but also leaving room for some jokes, stories and thoughts on his generation. He spoke about times while in service with the Navy, in Washington as a Congressman, and in New Jersey as a father, and all of these stories paralleled with his deep love for his wife, my girlfriend's grandmother whom he called “Rick”. He talked about those people he knew who died so young, literally over 70 years ago before their time was really up, and his ability to describe them as if they sat there with us that night was moving. He himself at times showed how surprised and shocked he was to make it to 90 years old, and how 90-year olds when he was young probably knew someone in their lifetime who knew George Washington; truly tying generations together. It was not until later in the night when the feeling that my generation has a much different outlook on things than those of the past. Looking at times he had in office and the history-making people he called by first name makes our generation seem minuscule in comparison. 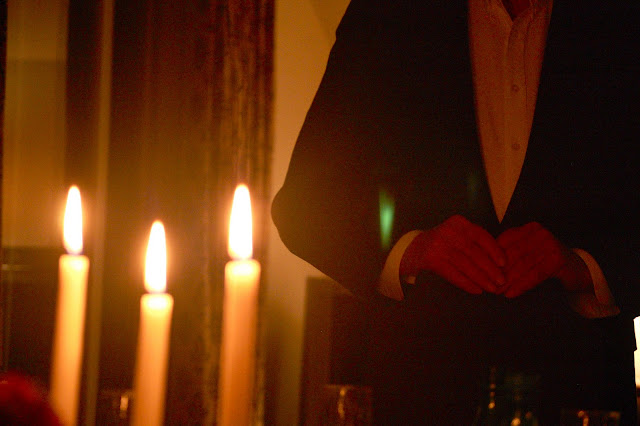 Following his toast I thought about some interesting questions like, “who will I be telling my grandchildren about when I am 90 years old?” or “what famous personalities will we look back and talk about to truly show our age?” came into my mind. As history will always be written, it is interesting to think of how well it will be written when we're older. Will we look at Mark Zuckerburg as some see the Wright Brothers? Is Facebook as significant as man flying in a plane and air travel? Will we look at Justin Bieber (whom Mr. Gallagher did make reference to in his speech for an added punchline) as our Franky Blue Eyes? Will we consider the Gay Rights Movement as significant as the Civil Rights Movement? These questions cannot truly be answered just yet, but has looking back in history to compare it to the present times always seemed so disheartening? Perhaps I'm pessimistic in this regard but being able to recognize history in the making is like catching lightening, it is truly a rarity. But to be in attendance during a firsthand account of history being made (by a man who made a lot of it) seems to be just as impressive. The celebration of Mr. Gallagher's 90th birthday allowed me to better understand an incredible man, but also better understand a generational gap that has formed throughout the years. Most importantly, with a society where 15 minutes is achieved so much differently now than in his time, what will the next generations' 15 minutes look like?
Posted by Michael Tirone at 4:49 PM

Mike... I consider myself lucky to have read this. You captured Pop and the evening perfectly. Thank you for your kind words... Sensational my friend. Sentational.