One Night in Brooklyn ~ Travelog Thursday

Many times I find lyrics in music that click with moments in my life, like anyone. Sometimes randomly, sometimes with precise detail to my life. But there is a lyric that I connected with that made me think back on my past year and change. The line is from hip-hop artist Mos Def:


"sometimes I sit back and just reflect,
Watch the world go by and my thoughts connect,
I think about the time past and the time to come..."
Back in September I was in New York on my journey down from New Hampshire to Baltimore. I spent about a month going from one friend's bed to another friend's futon throughout Hoboken, Manhattan, Brooklyn, Baltimore, etc. The night before my birthday I traveled out to Brooklyn to do a photo shoot of the three musical members of NYC indie band, Ghost Ghost! 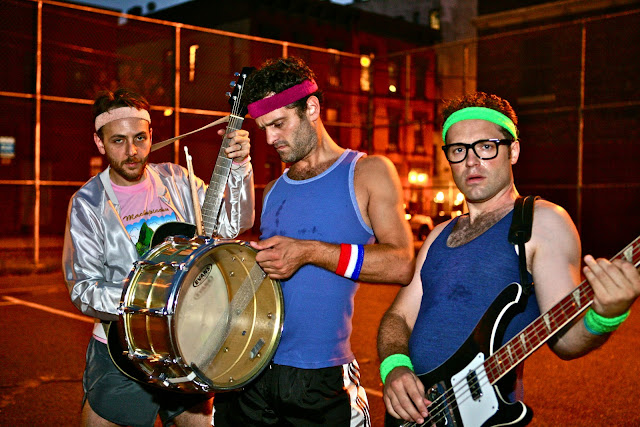 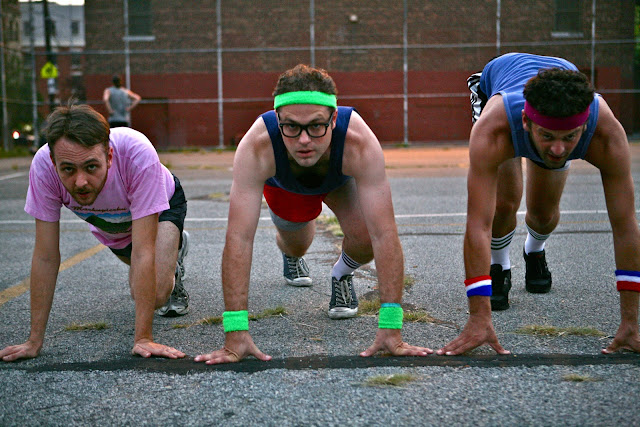 Karl, Kevin, and Tim had asked me to take some photos of them to promote their gig they were playing at the CMJ Music Marathon in October. The idea was to actually make the photographs capture them "training for the marathon" as the humor was that the marathon was actually of auditory nature and nothing to do with physical endurance. Once that idea clicked, then the idea of adding 80's style attire and attitude was too perfect to ignore. 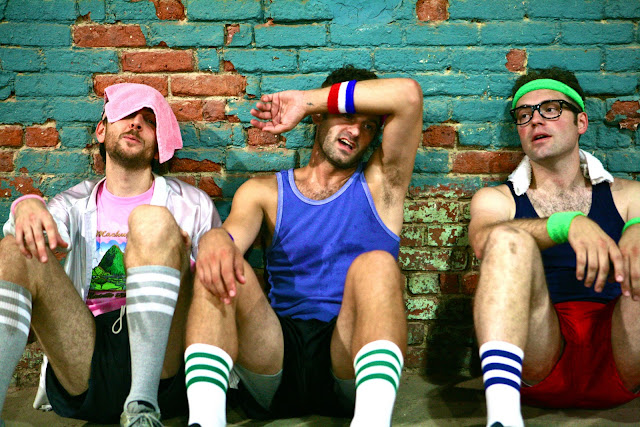 I went to the Hoboken train station on a very late summer-type day, staring at the beautiful sunset glaring off the Manhattan skyline and off of the Hudson River as I stepped down into the underworld. After about an hour ride full of note taking on different photo ideas and my entire library of Pete Murray on my iPod, I emerged from the underground to see the opposite side of the Manhattan Island without the sun's rays shining down but more of a faint shade of dark blue remaining in the sky. 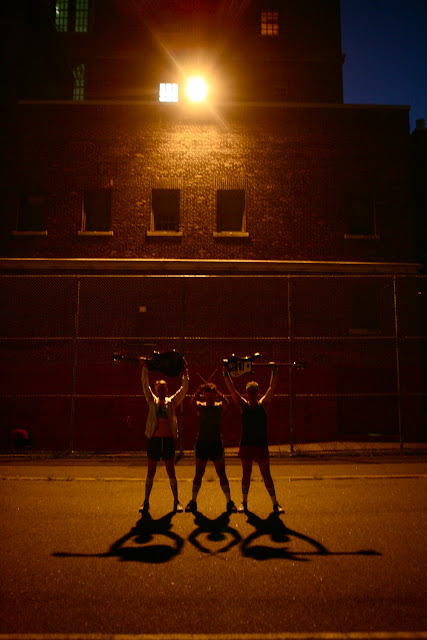 My three musician models met me at their band's practice room near Prospect Park with two sixers of beer and their outfits. After some preparations and beers we got to work and surprisingly the realization of where I actually was at the moment came to me. The moment came when we were at the basketball courts with Ghost Ghost! in their quite skimpy, florescent-colored getups, and although in the more commonly known "Hipster Capital" I felt like more at home than in the my last two years. With heckles of "Get some damn clothes on!" or "you fools are gay!" I was the just the insults that made me realize that although I was not raised in New York City (actually a much different place that is nearly the antithesis of NYC) I still felt comfortable taking pictures in an American city, taking pictures of friendly guys who share the same humor, language, and taste of beer as I, and I knew exactly what every word our disapproving onlookers were shouting at us. It all felt so simple and easy. No stress or personal nervousness as to where I was going next, who I was surrounded by or photographing, and what I could do that would not break traditional customs. My ease was peaceful. Although found in the middle of a very nomadic trip that spanned from Asia to Africa to West coastal America to East coast and dozens of countries in between, I found just a glimmer of home-like comfort. I have never lived in Brooklyn and had only visited a few times prior, but that night I spent with three band members I had only known briefly, in a city I was vaguely familiar with, with a camera I had never used, and in a park I'd never visited, I reflected on my years of traveling abroad and thought to myself, "It's good to be home." 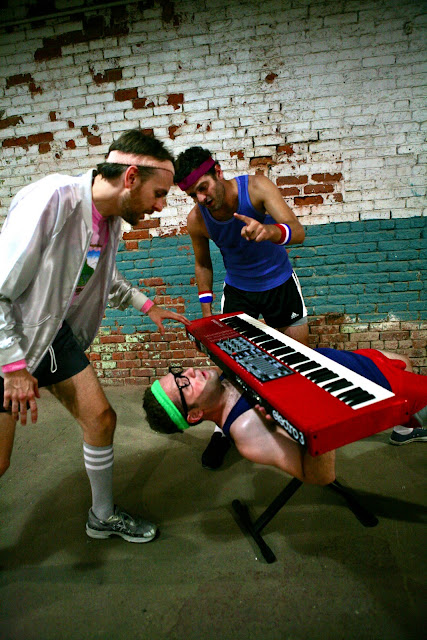 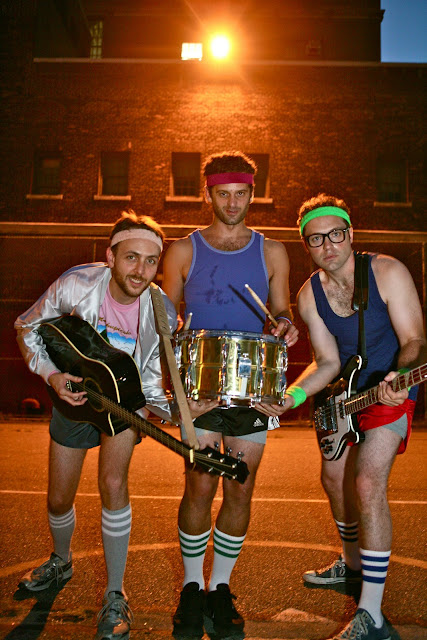 Once the photo shoot was completed and our beers were empty, I headed back to Manhattan to visit some friends in celebration of my birthday and on the way there, sitting on the train, I selected Mos Def on my iPod and put the song "Brooklyn" on repeat. It was a nice closing to my brief time in the borough, and I thought about the past and the times to come as the rapper croons. For my handful of hours it felt like the song was just for me "because it's the B. to the R. the O. the OK, L.Y.N. is the place were I stay."
*To see the rest of the Ghost Ghost photo shoot gallery head over to michaeltirone.com/index.php/ghost-ghost-photoshoot
Posted by Michael Tirone at 12:59 AM